John Boswell passed away on Tuesday – A Tribute by David Alderson 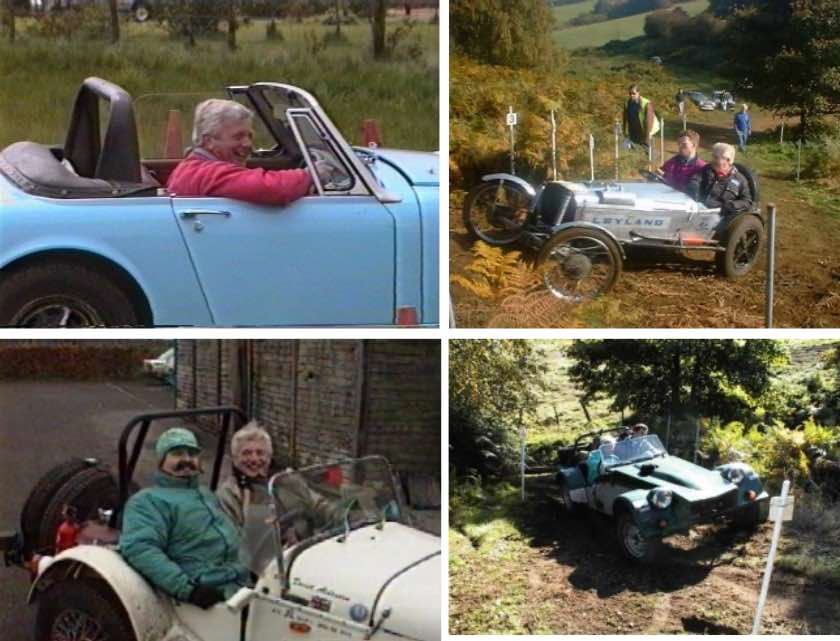 ‘Boz’ came to trialling when the late Robin Alexander enlisted him as passenger in the JABS sporting trials car, together they made a great team and took second overall in the BTRDA Gold Star championship on two occasions. They also competed together in Robin’s Austin 7 on MCC events, and on one memorable Lands End weekend they trialled the Austin 7, then co-drove Boz’s E Type in one of the Cornish speed hill climbs on the following day.

Boz took up trials driving himself using at first MG Midgets and eventually moving on to his Dutton Phaeton, and with Carol at his side they enjoyed success in both PCT’s and Classic trials.

Boz took the prestigious ACTC Crackington Cup championship in 1990 and famously the pair featured in the BBC Top Gear Lands End report when they determinedly threw the Dutton up Crackington with the camera mounted on the roll over bar.

After a heart problem suffered in the early nineties had stopped Boz from driving in trials, I invited him to join me in the Troll for my assault on the ACTC Wheelspin Trophy championship in 1996. I had struggled to come to terms with the Troll despite my earlier success with VWs, but the understanding of exactly where to put his weight, and even more importantly the ribald humour Boz brought to the Troll cockpit, made me relax at the wheel and enjoy a wonderful season culminating in our taking the Wheelspin Trophy honours.

Later Boz returned for a final fling in sporting trials on bouncing duties for Steve Courts in the Facksimile. In these later years the two of us have spent many happy days together blagging our way into the Silverstone paddock seeing old friends and soaking up the racing scene atmosphere, Boz’s first love.

Rally Driver, Trials Competitor and Organiser, John passed away on 20 May after a short illness. He was 79 years old.

A Motoring Tribute by Michael Leete.

I first met JP around 1970 at a Sporting Owner Drivers Club Trial at Brickhill, although I only really got to know him in the mid 80’s when I returned from my time living in the North East.  He was a keen member of the Dunstable based Sporting Owner Drivers Club, joining neighbouring Falcon when the SOD’s disbanded and I spent many happy hours listening to tales of his motoring exploits at club nights. My favourite was when he visited the TT and Florian Camathias needed a passenger for a couple of laps in practice. Ever the adventurer it was JP that stepped forward. END_OF_DOCUMENT_TOKEN_TO_BE_REPLACED

A well known competitor, Murray passed away on 13 March

A tribute by Pete Hart

One of Murray’s great loves was motorsport he raced, sprinted , hillclimbed even the odd PCT in his beloved Morgan +4, before starting his Classic Trialling career in the early eighties.

Frustrated that a sprint had been cancelled due to rain after he and his great friend David Parker had interrupted a holiday in North Wales to travel to Wiltshire for the event. They adjourned to a nearby Pub and decided to give Classic Trials a go, as at least they wouldn’t be cancelled so easily!! Firstly in the Morgan, mostly on MCC events.

Pete first met Murray a few years later, In the holding control for Darracott on the Lands End in 1989. Murray was in the Morgan and his passenger was David Parker. Dave had just bought a Marlin and came up the queue with Murray for a chat. Luckily the delay was a long one and that chat turned into a long term friendship. Murray’s Morgan which premiered his unique paint scheme, affectionately known as the Murray Mint special, had by this time a somewhat, “tired” chassis. He announced that he would compete in the Edinburgh and then change the chassis in time for the Exeter. He did it but the paint was still wet when they set of for the start. Shortly after it was badly damaged in a fire and the proper rebuild that followed marked the end of its serious trials life, although I believe it did once see the Hills in class 0.

His mums old Morris 1000 was then put to the hills and a few one day events were added to his calendar.  A brief spell in a Volvo 343 and then in 2003 the Marlin that Dave had bought, found it’s way into the Montgomery-Smith garage. A Fiat twin cam engine was fitted and of course the infamous paint scheme was completed in 2005. Murray loved competing and always enjoyed events whatever the result. He had the knack of performing the perfect climb at the most unexpected moment.  His last section was to be Dudwood on the Edinburgh 2018 and I am delighted that he got to see the top for the first time.

A Great  Character and True friend.

Dave passed away yesterday following a heart attack. He was 77. 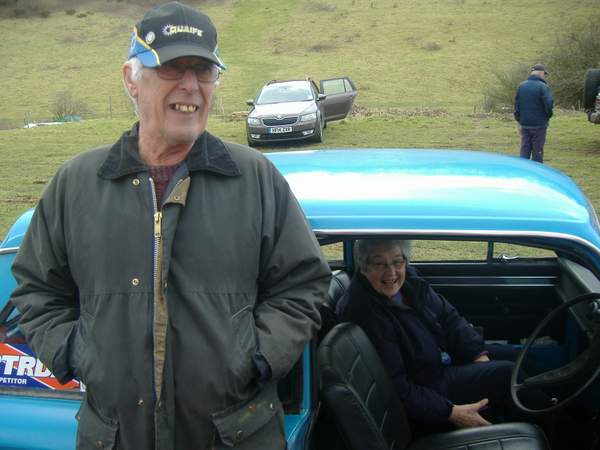 Dave was a well known driver in local trials in the Midlands and South East, passengered by his wife Audrey. He mostly drove rear engined cars. In recent years he campaigned his blue and white Imp but had also owned Skodas and the ex Mike Stephens VW 1302s. He will be sorely missed.

One day the bridge will be open. One day
Thinking of summer
Out early to go and do my bit for the world.
I want to be alone so I subscribed to #Autosport